Alinéa is a Boston-based new music collective dedicated to the works of living experimental composers. After meeting as students at New England Conservatory, Alinéa has gone on to work with composers around the world, including Richard Barrett, Chaya Czernowin, Michael Finnissy, and Tim McCormack. In 2019, they gave the US premiere of Salvatore Sciarrino’s Quaderno di Strada, and in 2023 will premiere an evening-length cycle from Tim McCormack in conjunction with Schallfeld Ensemble. They have given guest lectures at New England Conservatory and the Sydney Conservatorium and were featured on Adam Kennaugh’s “Making Noise” podcast. Their pandemic-era virtual summer festival “Everything but the Kitchen Sink” was a finalist for the Royal Philharmonic Society Ensemble Award, and was spotlighted by both Alex Ross and Tim Rutherford-Johnson. More information can be found at www.alineaensemble.org.

This performance is open to in-person audiences, and can also be viewed below via livestream. 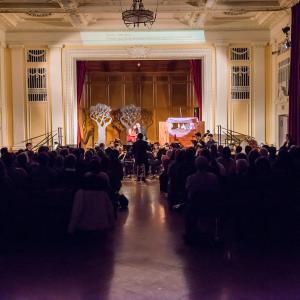