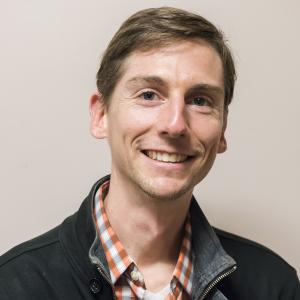 Austin McMahon is “one of the most in-demand jazz drummers in Boston.” Sought out for his versatility, he actively performs in an array of jazz and world music ensembles ranging from trio to chamber jazz and big band. He recently recorded with the Ayn Inserto Jazz Orchestra (featuring: Sean Jones, George Garzone and John Fedchock), Macuco Quintet, Hofbauer/Rosenthal Quartet, and groups that he co-leads The Lost Melody, and Man On Land. McMahon has recently appeared with Kate McGarry & Keith Ganz, Jerry Bergonzi, Carmen Staaf, Noah Preminger, Kevin Harris, Jason Palmer, Grace Kelly, Kim Nazarian (New York Voices), David Liebman and has performed at such iconic venues as Carnegie Hall, the Kennedy Center, Dizzy’s, Jordan Hall and numerous festivals, concert halls, theaters and clubs throughout the United States as well as the Dominican Republic, Italy, Germany, Ireland, Finland, China and India.

Austin has appeared on over fifty albums as a sideman and has recorded two critically acclaimed albums as a bandleader (Many Muses, Many Muses vol. 2, Fractamodi) that are comprised solely of his original compositions. McMahon was awarded Best Jazz Song in the 9th annual Independent Music Awards (IMAs) and nominated for Best Jazz Album in the 11th annual IMAs respectively as well as Best New Composition (on albums released in 2020) for “Sol” from The Lost Melody’s eponymous release. His music has been described as, “subtle, reverential to tradition and thoroughly new.”

An active educator in the Boston area, McMahon was a teaching fellow in Jazz Improvisation at Harvard University for six consecutive years where he was awarded a Certificate of Distinction in Teaching for the “excellence of his work with students and strength of his commitment to teaching.” He was also a Lecturer in Jazz Drum Set Studies at UMASS Amherst, taught percussion lessons and/or ensembles for the MIT Emerson Scholars program, the Brookline Extensions Program, led a summer percussion workshop at the Concord Conservatory of Music and was previously the Percussion Curriculum Director and Instructor for the 21st Century Program program in Somerville public schools. Community outreach has also been an important part of his work as musician as evidenced by his work with Celebrity Series of Boston’s Neighborhood Arts Program as well as the Ernie Boch Jr. Music Drives Us grant program to bring jazz into schools in underprivileged communities.