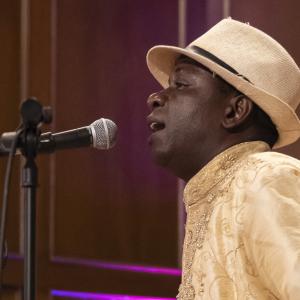 Born in Mali, Balla Kouyaté was raised in the Djeli tradition. His knowledge of his traditional repertoire is unparalleled. Today, the first balafon, over 1000 years old, remains in his family, guarded by his father, El Hadji Sekou Kouyaté. It is considered a UNESCO Artifact of Oral and Intangible History.

In 1994, he joined the renowned Ensemble Nationale du Mali. By 1997 he was playing with singer Ami Koïta for 27 African presidents. Balla has toured extensively with artists, like Sekouba Bambino and Kassé Madi Diabaté, in Europe and Africa.

Since coming to the US in 2000, his collaborations with Western artists in a variety of musical styles brought the need for innovation. He thus created a chromatic instrument, using two balafons.

Balla’s superior musicianship has been featured on over 45 albums, including Silkroad’s Sing Me Home, Yo-Yo Ma’s, Songs of Joy and Peace, Angelique Kidjo’s Oyo, and Vusi Mahlasela’s Say Africa. Balla is currently working on a second album of his original music featuring members of his family.

His music has been recorded for the Library of Congress and heard in venues such as Lincoln Center, Symphony Space, Carnegie Hall, and The Kennedy Center as well as numerous festivals around the US and Europe. As an educator he has given lectures/demonstrations and master classes in universities and schools across the country, including Harvard University, MIT, Berklee School of Music and CalArts. 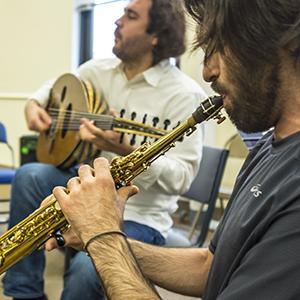