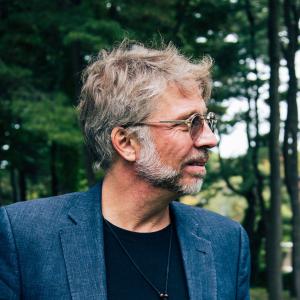 Composer / pianist Ben Schwendener sustains a unique voice in contemporary creative music and is a leading authority on George Russell’s Lydian Chromatic Concept of Tonal Organization (LCC), which he assisted Russell in teaching at NEC from 1986 to 2004. After Russell’s retirement, he continues to teach the LCC and Applied Modal Analysis at NEC and Longy School of Music of Bard College to this day. Schwendener has helped to establish new directions in natural pedagogy and dialogue-based arts education using Organic Music Theory, Universal Musical Elements, and Applied Modal Analysis as primary creative sources.

Schwendener has been teaching the LCC since 1986; he began as an assistant teacher and editor to George Russell. In 1991 he became a ‘certified’ teacher in the LCC, and while Russell was alive certified other teachers in the LCC. He has gone on to expand on ideas initiated in the LCC throughout his career and presents lectures, workshops and seminars at Universities and institutions in the USA and internationally. Other former teachers and musical mentors include Ran Blake, Jimmy Guiffre, Miroslav Vitous, Joe Maneri and Andrew Hill.

Presently living in Boston, Schwendener is on the faculty at the New England Conservatory and the Longy School of Music of Bard College. He has also designed a class for non-musicians based on the inter-discipline correspondences of Organic Music Theory which he has taught since 2001 for the Creative and Critical Thinking Department in the Graduate College of Education at UMass Boston.

In 2017 he published Organic Music Theory, which presents an understanding of George Russell’s Lydian Chromatic Concept. The book is distributed by Heights Music International. Organic Music Theory also expands on the theoretical and pedagogical perspective and offers new models of creative collaboration.

Schwendener’s current focus, especially during the COVID-19 pandemic, has been on development and research into the subject of his next book, Applied Modal Analysis, which involves expanding the perspective of the LCC and Organic Music Theory in analysis of Bach Chorales, Fugues, Motets, classical works and jazz standards. Its aim is to identify universal musical elements of modality (harmony/chordmodes, rhythm and form). Applied Modal Analysis offers new vehicles for composition and improvisation that span all styles in equal temperament. Schwendener began teaching this course at NEC spring 22’ and fall 2020 at the Longy School.

As a composer, he has created music for small and large ensembles, dance companies, film, video and art installations, written three volumes of piano music for children, and performs with ensembles and on solo piano throughout the U.S., Europe, Central America, and Japan.

Specific projects and recordings include: