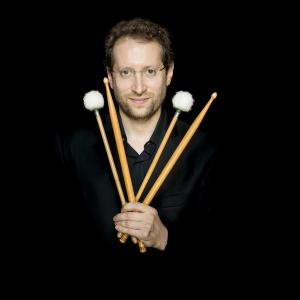 Daniel Bauch serves as the Assistant Principal Timpanist and Section Percussionist with the Boston Symphony. Previously, he held the same position with the Detroit Symphony where he co-founded New Music Detroit, a contemporary chamber group comprised of Detroit Symphony players.

Bauch has also appeared as a guest performer with the New York Philharmonic, Boston Ballet, and Marlboro Festival Orchestra. While studying in New York, he performed in concert with pianist Mauricio Poulini, as part of a Carnegie Hall Perspectives Series, premiered a new work by Osvaldo Golijov, with Dawn Upshaw and the Orpheus Chamber Orchestra in Carnegie Hall, and recorded a CD with the New York New Music Ensemble released on Albany Records.

Bauch has given masterclasses in both the U.S. and Canada, and currently serves during the summer as a percussion faculty member for the Boston University Tanglewood Institute.