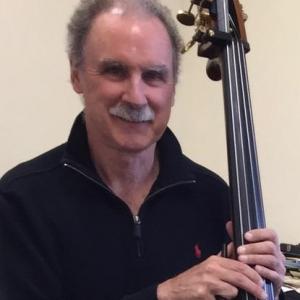 Born in New York City, Donald Palma is a graduate of the Juilliard School. Don studied double bass with Frederick Zimmermann, Robert Brennand, Orin O’Brien, and Homer Mensch. A former member of the Los Angeles Philharmonic, he has also been Principal Bass of Canada’s National Arts Centre Orchestra, the Brooklyn Philharmonic, and the American Composers Orchestra.

He is a founding member of the Orpheus Chamber Orchestra, with which he has toured the world and recorded over fifty compact discs for Deutsche Grammophon including a Grammy Award winning CD of Stravinsky works.

Palma has performed with the Juilliard Quartet, the Nash Ensemble, the Chamber Music Society of Lincoln Center, the Da Camera Society of Houston, the Borromeo Quartet, Bridgehampton Chamber Music, Mistral and in recital with Dietrich Fischer-Dieskau, Jean-Pierre Rampal, and Jan DeGaetani. He was music director of the San Francisco Contemporary Music Players and is currently music director of the Symphony-by-the-Sea in Marblehead, MA and the NEC Chamber Orchestra.

Don’s extensive recordings include diverse offerings from works written for him by Elliott Carter and Mario Davidovsky to a Wagner Ring Cycle with the Metropolitan Opera to recordings with Wayne Shorter, Kathleen Battle and rock/pop-icons Roger Waters and Sting.

He has given master classes at the Curtis Institute, the Toho School, the Juilliard School, Rice University, the San Francisco Conservatory, Boston University, the Hartt School, Mannes College and the Manhattan School of Music. Don joined the NEC faculty in 1989 and also teaches at the Yale School of Music. His students occupy positions in major orchestras, ensembles and universities all over the globe.