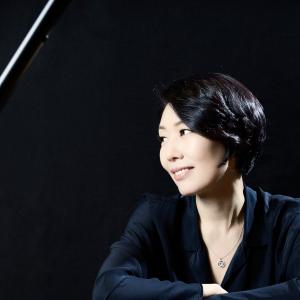 Pianist HaeSun Paik has been hailed as a “sensitive and thinking musician first and an awesome technician second” (Los Angeles Times) with a “big and individual personality” (New York Times), whose performances are “a wonder — elastic, mercurial, charged with meaning, surprising” (Boston Globe) and “a rare example of technique actually serving both idea and feeling, head and heart” (Musical America). Having garnered top prizes at international piano competitions such as the Queen Elisabeth, Leeds, William Kapell, and the Tchaikovsky, Ms. Paik has performed concerts around the world in solo recitals, concerti with orchestras, and chamber music ensembles.

Ms. Paik has appeared as a soloist under the baton of Mikhail Pletnev, Sir Simon Rattle, Vassily Sinaisky, Dmitri Kitaenko, Stanislav Skrovaczewski, and Myung Whun Chung, to name a few. She performed with orchestras including the Boston, National, London, City of Birmingham, Belgium National, Osaka, NHK, and KBS Symphony Orchestras, the Munich, Radio France, Tokyo, Warsaw, Moscow Philharmonic Orchestras, and the Russian National Orchestra among others.

A superb collaborative artist, Ms. Paik performed with many distinguished artists including cellist Anner Bylsma, Mischa Maisky, Myung-wha Chung, violist Nobuko Imai, clarinetist Richard Stoltzman, the Borromeo String Quartet, and the Jerusalem Quartet. Her duo recording with cellist Laurence Lesser of the complete works by Beethoven for cello and piano was released by Bridge Records. Her debut and subsequent solo recordings can be heard on the EMI label.

One of the most sought after pedagogical influences in Korea, Ms. Paik was the youngest pianist of her generation to be appointed as a music professor at Seoul National University, where she taught for ten years. She was on the piano faculty at the Cleveland Institute of Music and currently is a member of the piano faculty at New England Conservatory. She is also an artist-in-residence at the Catholic University of Daegu and serves as the Artistic Director of the Busan Music Festival in Korea. She gives master classes at institutions and festivals worldwide and has served as a juror in many international competitions including the Bösendorfer and Yamaha USASU, the Cleveland, the Gina Bachauer, the Hilton Head, the Honens, and the Seoul (Dong-A) international piano competitions.

Ms. Paik's NEC training began at the age of 14, when she came to the U.S. from Korea to pursue her musical studies with Wha Kyung Byun, through the long-running partnership between New England Conservatory and the Walnut Hill School for the Performing Arts. Subsequently, Ms. Paik attended New England Conservatory, earning a Bachelor of Music degree, a Master of Music degree, and an Artist Diploma under the guidance of both Russell Sherman and Wha Kyung Byun. Ms. Paik’s artistic development was further influenced through her studies at the International Piano Foundation in Lake Como (Italy).

HaeSun Paik joins New York Classical Players during the 2017-2018 season to perform all five Beethoven piano concertos - including the singular Triple Concerto for Piano, Violin, and Cello - over the next three seasons.

HaeSun Paik recorded Beethoven: The Complete Music for Cello and Piano with Laurence Lesser in NEC's own Jordan Hall.

HaeSun Paik and Laurence Lesser share: what was it like to collaborate on Beethoven: The Complete Music for Cello and Piano?