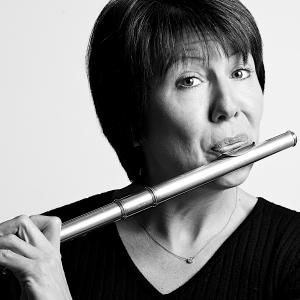 Flutist Jacqueline DeVoe is an active freelance musician throughout New England and is equally dedicated to teaching flute and chamber music. In addition to two degrees from New England Conservatory, she holds a diploma from the Hochschule für Musik in Vienna, Austria.

Ms. DeVoe has been teaching since the age of 16 in places as diverse as Pennsylvania, Vienna, Mexico City and her adopted home of Boston. She has been on faculty at New England Conservatory Prep School for 25 years and is currently the Artist Associate in Flute at Williams College. Past teaching institutions include MIT, the New School of Music in Cambridge and her active private studio. Her former students hold professional positions (Aaron Goldman, principal flute, National Symphony Orchestra) and have participated in advanced student groups such as BYSO, Mass. District and All-State ensembles, National HS Honors Orchestra, and NEC’s own MYWE and student orchestras.

Ms. DeVoe also performs with the North Winds Woodwind Quintet, which presents educational concerts in schools throughout Massachusetts under the auspices of Young Audiences, and with Monadnock Music (NH)’s Lend an Ear series. She has created and directed chamber music concerts for the Newport Symposium and for three years, and served as an  “Artist Teacher” in a collaboration between Young Audiences of Massachusetts and NPR’s “From the Top”. For the past 5 summers, she has been teaching flute and chamber music at the International Music Academy in Cremona, Italy.