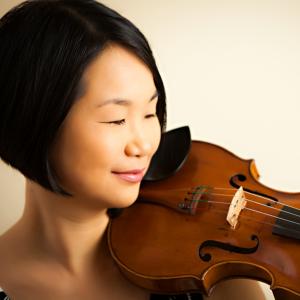 In addition to serving as a member of the New England Conservatory Preparatory School violin faculty, Jin-Kyung Joen was named Artistic Director of Project STEP in September 2017. Project STEP is an NEC-sponsored String Training and Education Program for minority students in Boston. Joen had previously served there as Focus Program Coordinator.

Joen has performed internationally as a member of I Filarmonici di Torino, Accademia Romana, I Soloisti Aquilani, and Quartetto Schulhoff. As soloist, Joen has performed in Italy, Poland, Greece, Korea, and the United States with I Filarmonici di Torino, Melos Aperto Orchestra, Scenabruzzo Orchestra, and L’Aquila-Miami Festival Orchestra. She has appeared in many music festivals, including the Portogruaro International Festival, Brandeis Summer Festival, Sulmona Summer Festival, and Norcia Festival.

Joen was a prizewinner at the Yook-Young Competition, The Music World Magazine Competition of Seoul, and she was recipient of a Scholarship of Merit at the Instituto per la Musica del 900 in Atri (Italy). In the 1997-98 season, she was appointed Scholar of the Year by the Liberace Foundation.