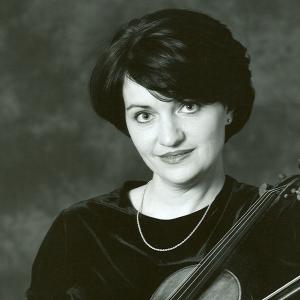 Kelly Barr has been a member of the Boston Symphony Orchestra since February 1996. As a soloist, Barr has performed with the Plymouth Philharmonic, the DePaul Symphony Orchestra, and in a recital series for the Jordanian Conservatory. She has also performed at the Encore Music Festival, participated in the Musicorda Summer String Program, and been heard at the Isabella Stewart Gardner Museum, in the Minneapolis radio series Live From Landmark, and as a guest artist at the Children's Museum in Washington, D.C. As an orchestral player, she has performed with the Boston Pops Esplanade Orchestra, the St. Louis Symphony, and the American Soviet Youth Orchestra. As a student at NEC, Barr was a member of the New England Conservatory Honors Piano Trio. She has received awards from the Schubert Club competition, the Western Illinois University Orchestra Competition, and the Fox Valley Symphony Orchestra Competition.