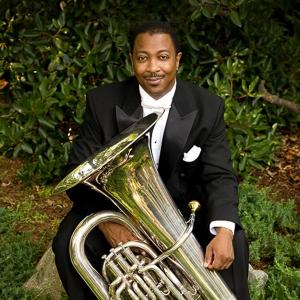 Kenneth Amis was born and raised in Bermuda.  He began playing the piano at a young age and upon entering high school took up the tuba and developed an interest in performing and writing music.  A Suite for Bass Tuba, composed when he was only fifteen, marked his first published work.  A year later, at age sixteen, he enrolled in Boston University where he majored in composition.  After graduating from Boston University he attended the New England Conservatory of Music where he received his Masters Degree in composition.

An active composer, Amis has been commissioned to write for the annual Cohen Wing opening at Symphony Hall in Boston, the New England Conservatory Wind Ensemble, the University of Scranton, the College Band Directors National Association and a consortium of twenty universities and music organizations.  He has also undertaken commission/residences with Carlisle Middle School (MA), Belmont High School (MA), Massachusetts Institute of Technology, the New England Conservatory of Music and the Massachusetts Instrumental Conductors Association.

As a tuba player, Amis has performed as a soloist with the English Chamber Orchestra and has been a member of the Tanglewood Festival Orchestra and the New World Symphony Orchestra.  His performance skills are showcased on many commercial records distributed internationally.

Amis has served on the faculties of Boston University Tanglewood Institute, and the Pacific Music Festival in Japan and in 2007 was Composer-in-residence at the South Shore Conservatory in Massachusetts.  In 2003 Amis became the youngest recipient of New England Conservatory of Music’s “Outstanding Alumni Award.”

Amis is presently the tuba player of the Empire Brass and the Palm Beach Opera Orchestra, a performing artist for Besson instruments, the assistant conductor for the Massachusetts Institute of Technology Wind Ensemble, tuba professor at Boston University, Boston Conservatory, Longy School of Music, New England Conservatory and is tuba professor and wind ensemble director at the Conservatory at Lynn University.