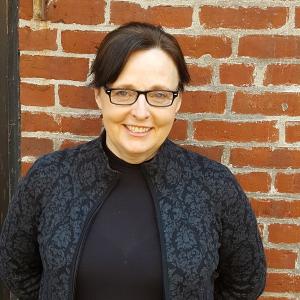 Margaret McAllister, a composer member and Co-President of Composers in Red Sneakers, has composed music for many different genres, including orchestral works, choral music, a variety of chamber ensembles, for electroacoustic media, solo works, film, and music for performance by children. She pursued her undergraduate work in film scoring at Berklee College of Music, Boston and her graduate studies in classical composition and music theory at Boston University, where her principal teachers were Theodore Antoniou and Lukas Foss. She has also worked with Milton Babbitt, Oliver Knussen, Toru Takemitsu and Joan Tower.

Dr. McAllister has received fellowships and residencies from the Marion and Jasper Whiting Foundation, the MacDowell Colony, the Festival at Sandpoint, Scotia Festival of Music, Centres Acanthes, Avignon and the June in Buffalo Festival. Her work has been supported by the Fromm and Navigator Foundations and she has had commissions and performances from professional solo artists and performing ensembles such as the New Millennium Ensemble, Alea III, Boston Composers String Quartet, Pandora's Vox , as well as on National Public Radio and the Canadian Broadcasting Corporation. She was the co-founder of Crosscurrents, a new music platform dedicated to performing the works of young and emerging composers and is the artistic director and founder of Hyperprism, a contemporary concert series at Boston College.

Dr. McAllister received a research grant from the National Endowment of the Humanities for her work exploring relationships between the visual arts and music. She has been a visiting Assistant Professor at Simmons College, Honorary Research Fellow, 2003–2006 University of Glasgow Music Department, and is an Associate of the Centre for Music Technology, School of Engineering, University of Glasgow and a member of n-ISM.