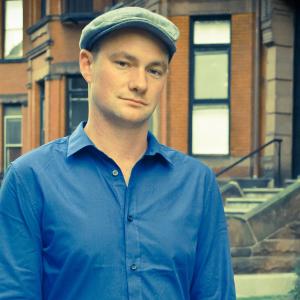 Mike Tucker has performed as a leader and a side man all over the world. In 2002 he competed as a semi- finalist in the Thelonious Monk International Jazz Saxophone Competition in Washington DC, and soon after he attended Berklee college of music on a full tuition scholarship where his career got a jump start. The Mike Tucker Quartet has been invited to perform at jazz festivals around the world including the Phoenix Jazz Festival in Nagoya Japan, The Nancy Jazz Festival in Lorraine France, The Emerging artists of the 21st century concert series in San Jose Costa Rica, and Closer to home at the Kennedy Center in D.C and The JVC Jazz Festival in NYC. Tucker has also appeared on Several nationally syndicated jazz radio shows including Toast of the Nation on NPR, Voice of America, and on XM Satellite Radio Jazz and Beyond. Besides many engagements with his own group, Tucker is currently a member of Sony Recording artist Robin Mckelle's group and has performed with Grammy Award winning artists such as: Esperanza Spaulding, Tiger Okoshi, George Garzone, Joe Lovano, Melvin Sparks, George Duke, Christian Scott, Fred Wesley, Eric Reed, Carl Allen, among many others.

In addition to his career as a performer, Tucker is a sought after clinician and educator. He has been invited to give master classes at the University of Minnesota, Hokaido Groove Camp in Sapporo Japan, MAI in Nancy France as well as his alma mater Berklee College of Music. He holds a B.M. from Berklee College of Music and a masters degree in Jazz Performance from New England Conservatory. He is also an AMSTAT certified Alexander Technique teacher and specializes in instrumental technique as it applies to proper use of the body.