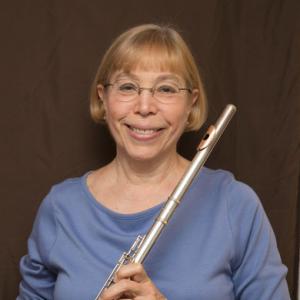 The New York Times wrote of Nina Barwell's debut recital in Carnegie Recital Hall that "her playing reflected the skill and assurance of a seasoned performer," and "she played beautifully." She plays in Symphony New Hampshire and actively freelances in Boston. Barwell has performed with the San Diego Symphony for a summer season and was director of the Late Spring Baroque Festival in residence at the Brookhaven National Laboratories. She performed for two summers at the Bach Aria Festival in Stony Brook, NY. She played numerous solo recitals on WGBH Radio and at Jordan Hall, and performed at Tanglewood with the Berkshire Music Center Orchestra.

Nina Barwell is a graduate of the New England Conservatory and received a MM from SUNY Stony Brook. She received a Fulbright Grant to Paris, France. Her teachers include James Pappoutsakis, Jean Pierre Rampal, and Samuel Baron. In 2013 she completed her book, James Pappoutsakis, His Artistry and Inspired Teaching, Transcribed, Edited, and Annotated by Nina Barwell. You may view her book on her website, ninabarwell.com.