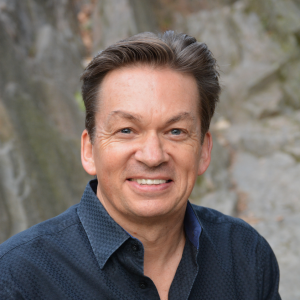 Tweten has been described as leading with “verve and precision,” as well as having “flawless” pacing and “musicality and near-symbiotic accord with singers which always impresses.” An active operatic conductor in demand throughout the United States and Canada, Robert brings a wealth of experience to his work with the students at NEC.

Maestro Tweten has been associated with several opera companies throughout his career, including the Canadian Opera Company, where his duties included Head Coach and Chorus Master, The Banff Center of Fine Arts, where he was a conductor for the Music Theater Studio Ensemble as well as a coach for the Opera and Musical Theater programs, and the Houston Grand Opera where he was a member of the Houston Grand Opera Studio. He has led the Lyric Opera of Chicago Orchestra and singers of the Lyric Opera Center in Rising Stars in Concert, as well as conducted performances of Die Zauberflöte, and most recently Turandot for Lyric Opera of Chicago in 2018, a company with which he had a long relationship as Assistant Conductor.

After conducting the New Mexico Philharmonic's season-opening concert in 2011, Tweten has returned to lead two programs, including playing and conducting Mozart's K.488 piano concerto. Other orchestral collaborations include classical crossover concerts with the San Diego and Fresno Symphonies, as well as many appearances with the Santa Fe Symphony in orchestral concerts, as well as Handel’s Messiah and Mozart’s Requiem.

The 2021 season marked Robert’s 31st season with The Santa Fe Opera where he serves as Head of Music Staff. During his tenure with SFO he has conducted Don Giovanni, Le nozze di Figaro, Katya Kabanova, The Pirates of Penzance, Ermione, as well as the 50th Anniversary Concert and performances of the Grammy Award winning, The (R)evolution of Steve Jobs.

A.V.C.M. Associate of the Victoria Conservatory of Music (Performance)

A.V.C.M. Associate of the Victoria Conservatory of Music (Pedagogy)