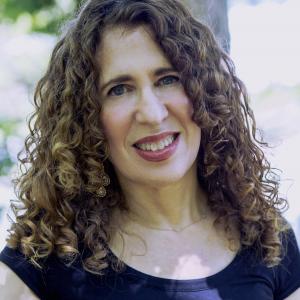 Vivian Hornik Weilerstein is the director of the Professional Piano Trio Training Program and coordinator of Piano Chamber Music, in addition to serving on the piano and collaborative piano studio faculties.

Weilerstein has performed as a soloist and chamber musician throughout the world and is a frequent collaborator with many of today's most eminent artists and ensembles. She has appeared as a soloist with the Kansas City Symphony and the Orchestra Sinfonica Nazionale di Torino, and has toured throughout Europe and Japan. She has been featured in More magazine, and on the "Jane Pauley Show" in stories about professional mother/daughter teams.

Weilerstein is an active member of the highly acclaimed Weilerstein Trio, which is in residence at New England Conservatory. Highlights of current and past seasons include concerts at Lincoln Center in New York City and at prominent venues in Washington, D.C., Cleveland, St. Louis, St. Paul, San Francisco, Los Angeles, and Boston. They gave their London debut in spring '04 at the Royal Academy of Music. The trio's highly acclaimed 2006 CD on the Koch label, with music of Dvorak, was featured on NPR's "All Things Considered."

Critics and audiences have welcomed Weilerstein's performances as part of the Weilerstein Duo, with violinist Donald Weilerstein. Among their many recitals across the country, the duo has performed at Alice Tully Hall and the 92nd Street Y in New York City and the Corcoran Gallery in Washington, D.C. Their discography includes the complete works of Ernest Bloch for violin and piano, the sonatas of Janácek, Dohnanyi, and Enescu for Arabesque Records, and the complete Schumann sonatas for Azica Records. Fanfare declared the Bloch recordings a "must" on the journal's annual "Want List," and American Record Guide lauded both the Bloch and Janácek recordings. In 2006, the Weilersteins marked the occasion of their 30-year performing and recording career with recitals and the reissue of their Arabesque CDs. In addition to the duo and trio recordings, Weilerstein has also recorded for the EMI Debut Series.

Weilerstein has performed at the major American music festivals, including Music Academy of the West, the Marlboro, Aspen, Chamber Music West, Yellow Barn, Norfolk, Sarasota, Roundtop, and La Jolla festivals, and the Perlman Chamber Music Program. She has been a guest artist at Kneisal Hall, the Young Musicians Festival in Israel, the Daniel Days in Holland, and the Verbier Festival in Switzerland. She also taught and performed in Shanghai, China as part of the Morningside Music Bridge and in Caracas, Venezuela as part of El Sistema.