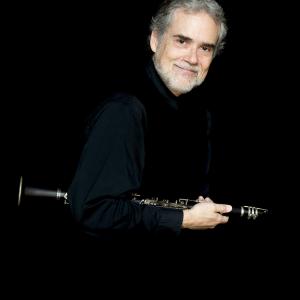 William Hudgins was appointed principal clarinetist of the Boston Symphony Orchestra by Seiji Ozawa in 1994, occupying the Ann S.M. Banks chair, having joined the orchestra two years earlier. He joins the New England Conservatory faculty with the 2017/2018 academic year.

Hudgins has been heard as a soloist with the BSO on numerous occasions, including performances of Mozart's Clarinet Concerto, Copland's Clarinet Concerto, Bruch's Double Concerto for Clarinet and Viola, Frank Martin's Concerto for Seven Winds, Timpani, Percussion, and String Orchestra, and, for the opening of the BSO's 2014–15 season, Mozart's Sinfonia concertante in E-flat, K.297b.

As a member of the Boston Symphony Chamber Players, he can be heard on their BSO Classics CDs of Brahms and Dvořák serenades (the ensemble's most recent release); the Grammy-nominated Profanes et Sacrées: 20th-Century French Chamber Music; Plain Song, Fantastic Dances (in music of Gandolfi, Foss, and Golijov), and the Grammy-nominated Mozart Chamber Music for Strings and Winds (in Mozart's Quintet for Clarinet and Strings, K.581), as well as a Grammy-nominated Arabesque recording of Hindemith's Quartet for Clarinet, Violin, Cello, and Piano.

Recent appearances outside of the Boston Symphony Orchestra include orchestral performances and recordings with the Saito Kinen Orchestra in Matsumoto, Japan, and the Mito Chamber Orchestra in Mito, Japan, both under the direction of Seiji Ozawa; chamber music at the Rockport Chamber Music Festival, and recitals and masterclasses at various universities and around the United States.

Before joining the BSO, Hudgins served as principal clarinetist and soloist with the Orquesta Sinfonica Municipal in Caracas, Venezuela, and the Charleston Symphony Orchestra in South Carolina. He was heard for six seasons as a member of both the Spoleto Festival Orchestra in Charleston, South Carolina, and Il Festival dei Due Mondi in Spoleto, Italy. He also participated as a Fellow of the Tanglewood Music Center, where he won the C.D. Jackson Award for outstanding performance. Hudgins received his bachelor's degree from the Boston University School for the Arts, studying with former BSO principal clarinetist Harold Wright.