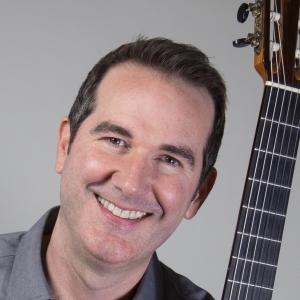 William Riley has an active career as a guitarist and educator. In 2014 he was appointed to the faculty of Longy School of Music of Bard College where he teaches classical guitar and chamber music. Since 2000 he has been a faculty member and Director of Classical Guitar studies at the University of Massachusetts Dartmouth. He is also on the music faculty at New England Conservatory Preparatory School and Wheaton College.

A frequent performer as both a soloist and chamber musician, William Riley has also recorded and premiered several new works for solo guitar, including Remembrances of Jerusalem by Israeli composer Lior Navok, for which he was praised for his “insightful playing” by Classical Net and called a “fine soloist” by American Record Guide. His transcription and recording of Enrique Granados’ Spanish Dance No. 12 is featured on that composer’s Wikipedia page.  In 2005 he appeared as a soloist on the Juilliard School’s “Composer’s Series,” and for the New York Young Musician’s Forum, giving the world premiere of Kati Agocs’ Secret Gardens for solo guitar. In 2009, Mr. Riley recently arranged and recorded the music for a hardcover book and CD of lullabies and art from the Pearl Fincher Museum of Fine Arts in Houston, Texas, with lyric soprano Stephanie Northcutt. Chamber music recitals include appearances with Music at Eden’s Edge;  Monadnock Music; Gloria Dei Cantores; performances for the Noon Concert Series at the Boston Athenaeum; King’s Chapel Noon Series; and a performance on the “First Monday at Jordan Hall” Concert Series, among many others.

Riley was a founding member of the Quadrivium Guitar Quartet, which embarked on a 40 concert outreach tour in rural Kentucky schools in 2002, funded by a grant from the National Endowment for the Arts, performing for over 10,000 students. More recently he has served as a competition judge for the Boston GuitarFest International Solo Competition, Boston GuitarFest Youth Competition, the Northeast Guitar Festival, and concerto and solo competitions at the Longy School of Music. In 2010 he joined the board of directors for the Boston Classical Guitar Society, where he now serves as newsletter editor, and was also recently elected a Trustee of that organization. During the summer Riley serves as a Co-Director for the Young Guitarist’s Workshop as part of Boston GuitarFest.