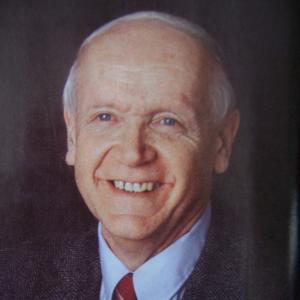 President Gunther Schuller brought Frank L. Battisti to New England Conservatory in 1969 with the goal of creating a wind ensemble program on the model of the seminal work done by Frederick Fennell at Eastman. During his time at NEC, Battisti cemented his reputation as one of the most respected champions of music for winds in America, and the NEC Wind Ensemble amassed a sizable portfolio of premiere performances and recordings.

Battisti's inventory of recordings with NECWE has continued to appear on CD since his retirement in 2000. In 2001, NEC hosted an international symposium, "Wind Music across the Century," in Battisti's honor.

Battisti is past president of the College Band Directors National Association, and his articles on the wind ensemble, music education, and wind literature have been published by many national and international journals. Battisti is author of The New Winds of Change and coauthor of the book Guide to Score Study.

He has conducted many professional, university, and school wind bands/ensembles throughout the world. During his time on the NEC faculty he also conducted all-state bands at major music converences. Founder and conductor emeritus of NEC's Massachusetts Youth Wind Ensemble, Battisti also founded the World Association of Symphonic Bands and Ensembles.