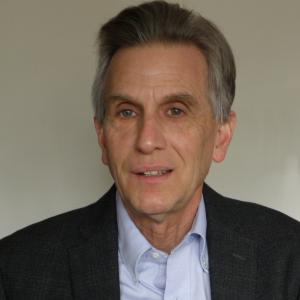 Steve Netsky has been writing songs since the 1970s. His songs, performed in a variety of settings, include “How She’s Been Since Then,” "Court of Miracles,” “I’ve Always Been in Love,” “The Way I Talk to You,” “Don’t Let Them Tell You,” and “How to Make a Woman Disappear.”

Recordings of songs he has written or co-written include “Love Don’t Hurt People,” a pop song recorded by Cissy Houston (with Whitney Houston); “Odessa Swing,” a klezmer swing tune recorded by Jeff Warschauer and members of the Klezmer Conservatory Band; “Standing in the Doorway,” a folk song recorded by Mary McCaslin; and “The Green Hills,” a Celtic tune featured on a Sharon Kennedy album.

Steve has performed as a singer-songwriter as well, and was a member of the Klezmer Conservatory Band from 1982 to 1992. He also has long experience in the music business, most notably as the production manager at Rounder Records from 1988 to 2013. He taught Music Business at UMass Lowell from 2015 to 2018, and currently works with Ed Keane Associates, a management and booking company. In 1998 Steve was nominated for a Grammy for the production of the Sharon Kennedy album The Patchwork Quilt and Other Stories from Around the World.