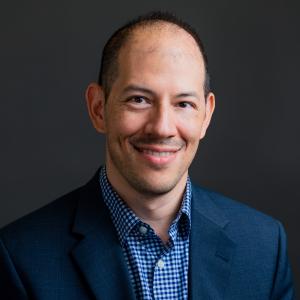 Senior Vocal Coach Joel Ayau enjoys a broad musical career spanning a wide range of genres, venues, and musical styles. A graduate of the Cafritz Young Artist Program of the Washington National Opera, Ayau has assisted on eleven productions at WNO, including Samson et Dalila, Aida, and Eugene Onegin. He has also worked on the music staffs of North Carolina Opera (Madama Butterfly; Siegfried Act 3; Fidelio), Portland Opera (La Traviata, La Cenerentola), Opera Omaha (Tosca), Wolf Trap Opera (L’Heure espagnole), and Aspen Opera Theatre and VocalARTS. During his three seasons on the music staff of the Castleton Festival, he also prepared the chorus for Roméo et Juliette under Rafael Payarre, and and Lorin Maazel's productions of Don Giovanni and Madama Butterfly. This summer, Ayau joins the music staff of Opera in the Ozarks.

From 2018-2020, Ayau assisted in the preparation of operas, musicals, and oratorio for the National Symphony Orchestra. He has served as cover conductor for over 30 NSO concerts, including several collaborations with Gianandrea Noseda, and served as pianist in rehearsals and performances for diverse repertoire ranging from Tristan und Isolde (Act 2) to Harry Potter and the Order of the Phoenix.

Ayau’s concert appearances include recitals at Stern Auditorium in Carnegie Hall, the Bolshoi Theatre in Moscow, and National Concert Hall in Taipei, in collaboration with vocalists Andrea Bocelli, Frederica von Stade, David Portillo, Kathryn Lewek, and Zach Borichevsky, and instrumentalists Charles Neidich, Ian Bousfield, David Halen, and the Attacca Quartet. During his time in Northern Virginia, Ayau enjoyed frequent collaboration with Renée Fleming; their concert appearances together include a performance (along with Hao Jiang Tian and Béla Fleck) at the Kennedy Center as part of the Coal + Ice: Musical Homage to the Earth exhibition, and virtual gala concerts for the Metropolitan Opera and the Lang Lang International Music Foundation. Ayau’s performances of the Ben Folds Concerto for Piano and Orchestra, accompanying the Nashville Ballet at the Kennedy Center Opera House, were praised as "a worthy spectacle" by DC Theatre Scene. He went on to perform this concerto as a guest artist at the Chautauqua Institution in the summer of 2018.

An esteemed coach of Russian, French, German, and Italian, Ayau also speaks Mandarin Chinese and has taught masterclasses widely throughout Taiwan and China. From 2011 - 2014, he served as pianist for the United States Army Chorus, performing for foreign dignitaries and audiences around the country.