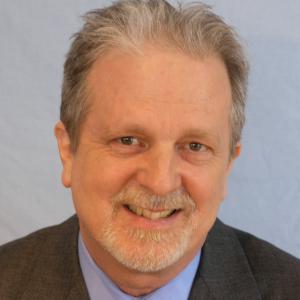 Scripp is an accomplished educator, researcher, and administrator in music. As a musician, Dr. Scripp has composed many works in the past for musical theater, modern dance, film, and children's animation, and directed a variety of community orchestras and contemporary performing groups in the Boston area. As a research scholar and consultant for arts in education in the past, he has investigated artistic development in children at Harvard Project Zero from 1982 to 1994 and assessment of arts and general education programs from 1985 to 1995. He has designed and carried out research studies investigating young children's symbolic development, musical perception, musical representation, giftedness, and the development of computer-supported curricula in the arts and humanities.

Much of his past research focused on developing "authentic" measures of students' learning and development in the arts. Since serving as a senior faculty member of undergraduate theoretical studies since 1985, Larry Scripp published several articles (with Lyle Davidson and Alan Fletcher) on the teaching of sightsinging in the Journal of Music Theory Pedagogy and in books on music learning and giftedness.

Dr. Scripp became Chair of the Music Education Department at New England Conservatory in 1998. As a result of a 6-year curriculum reform and dissemination grants from the Federal Department of Education and 4-year grants from the National Endowment for the Arts, he and his colleagues designed an institution-wide Music-in-Education Concentration for students of all majors and created a Research Center at New England Conservatory.

As Founding Director of the new Research Center for Learning Through Music, he designed and implemented music and music integration school programs in public schools, and became the Founding Principal Investigator for the National Music-in-Education National Consortium, a coalition of schools of music and education, arts organizations, and school reform organizations through the arts.

Research projects with David Reider and colleagues at the Research Center also included evaluation projects for the Boston Symphony Orchestra, San Francisco Symphony, Chicago Public Schools, Oakland Unified School District, and the International Foundation for Music Research. His publications can be found in the Journal for Learning Through Music in the Critical Links Report (aep-arts.org), and in the International Handbook on Innovation (Shavinina, L. Elsevier Science Ltd.).

Formerly the Director of the Founding Coalition and Co-Director of the Conservatory Lab Charter School, Larry Scripp now directs the Music in Education Learning Laboratory School Network, a network of schools in over six states dedicated to the evolving role of music and musicians in research-based music programs in public schools and funded by the Federal Department of Education.

Larry collaborates with Patrick Keppel in the publication of the Journal for Learning Through Music. Larry Scripp's wife is Beatrice Jona Affron, Music Director of the Pennsylvania Ballet, and has appeared as conductor for the Boston Lyric Opera, St. Louis Opera, Glimmerglass Opera, and for various productions by Philip Glass. His daughter, Ashima Scripp, is the cellist of the Walden Chamber Players, and participates in several music education residency programs in the United States.